Kentucky Hunters for the Hungry is a charitable volunteer run organization comprised of responsible hunters and conservationist who encourage hunters to harvest and donate deer each season. KHFH is a statewide hunger relief program dedicated to providing a healthy source of protein to needy Kentuckians. Our mission is to alleviate hunger and malnutrition in Kentucky by processing and distributing donated venison to those in need, to provide an outlet for hunters to help their communities and promote environmental stewardship through wildlife management.

An estimated 684,000 people live in poverty in the Commonwealth.

As KHFH coordinates with deer processors, Dare to Care and other participating food banks to distribute venison we work tirelessly to obtain the funding to cover the processing fees. Donations of any size are always welcome via check or PayPal. Your donations are fully tax deductible. In addition to helping finically support KHFH we need your extra meat. A buck or doe is fantastic. Tell your processor that you’d like to donate to KHFH…it’s that easy! For more details on the current need for this program, check out our YouTube videos.

Encourage your friends and family members to harvest an extra deer or two each season to donate to KHFH! Help Feed the Hungry in Kentucky.

In 1988 the Kentucky deer herds had grown beyond carrying capacity in some areas and biologists were encouraging additional doe harvest. This led to discussions between a few avid hunters who wanted to oblige wildlife management but had concerns about what to do with extra venison that they didn’t have room to store or would exceed what their small families could consume. Sharing nature’s bounty with those less fortunate seemed a natural choice and after a bit of research they discovered that donating meat to the needy was the answer. That fall Hunters for the Hungry was born as hunters joined with processors and food banks to supply donated meat to the needy. The organization name would come later.

In the 1990’s the project came to the attention of the Kentuckiana chapter of Safari Club International, a group of dedicated hunting enthusiast and forward thinking conservationists. The chapter would then contribute funding and manpower assisting with a volunteer effort to process the venison donated by hunters. Chapter members would assemble at a local processor, don white aprons, wash their hands and cut meat off bones of donated deer for 3-4 hours. This was ground into burger and frozen for later distribution to Wayside Christian Mission and other local charities. The idea spread and became tremendously successful in states where sufficient funding was generated.

In July 2000 Roy Grimes, then Deputy Commissioner for Kentucky Department of Fish, and Wildlife Resources (KDFWR) approached the local Safari Club Board and asked whether they would be willing to organize sportsmen’s groups like the Rocky Mountain Elk Foundation, National Wild Turkey Foundation, Quail Unlimited, United Bowhunters of KY, and League of Kentucky Sportsmen into an organization that could build the KHFH program and make it a statewide program.

The formal organization Kentucky Hunters for the Hungry Inc. was incorporated that July with the support of KY Department of Fish and Wildlife Resources which included David Yancy and the Commissioner at the time, Tom Bennett. The first Executive Director, Brent Harrel, was hired for KHFH and the founding Board of Directors was elected, which included representatives of a variety of conservation organizations.

The charitable 501(c)(3) organization grew during the initial season; the program processed approximately 20,000 pounds of venison representing 160,000 meals for the needy through 40 meat processors state-wide. As was true in the early days funding continues to be the biggest limiting factor. In recent years the average harvest has grown to 60-70,000 pounds of meat and is up to 560,000 meals per year.

As the growth continues the need for funding grows and we urge you to please consider making a donation today. 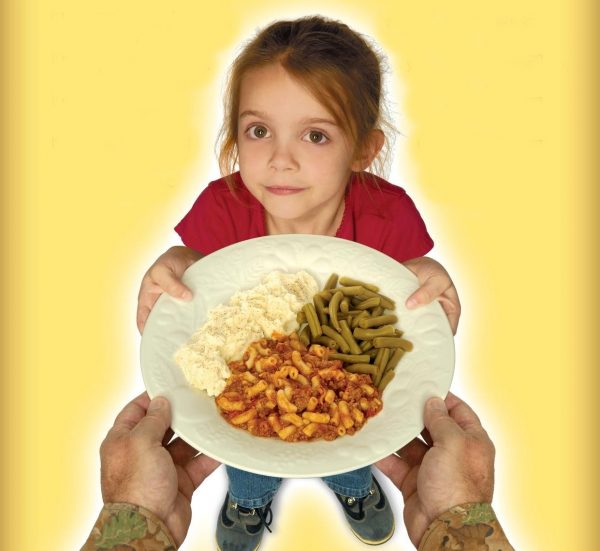